Never one to follow trends too quickly, Christopher started swing dancing at the tail end of the 1990s swing revival, around the time the cool kids moved on to other things—and having virtually no natural aptitude for dancing (nor, at first, access to teachers who were much more than beginners themselves), it’s a good thing that he’s had so long to work on it.
Fortunately, in that time he’s had many opportunities to learn from many great teachers, each with their own style and methods, an experience occasionally as bewildering as it sounds, but which also proved to be a solid foundation for his own teaching.
When not dancing, Christopher occasionally moonlights as a professional software engineer; one current project seeks to trick unsuspecting young people into becoming really great programmers by applying the same principle he applied to learning to dance: it doesn’t matter how bad you are to start, or how slowly you learn—if you’re having fun you’ll stick around, and if you stick around you’ll eventually get good.

Coming up with Christopher Allen 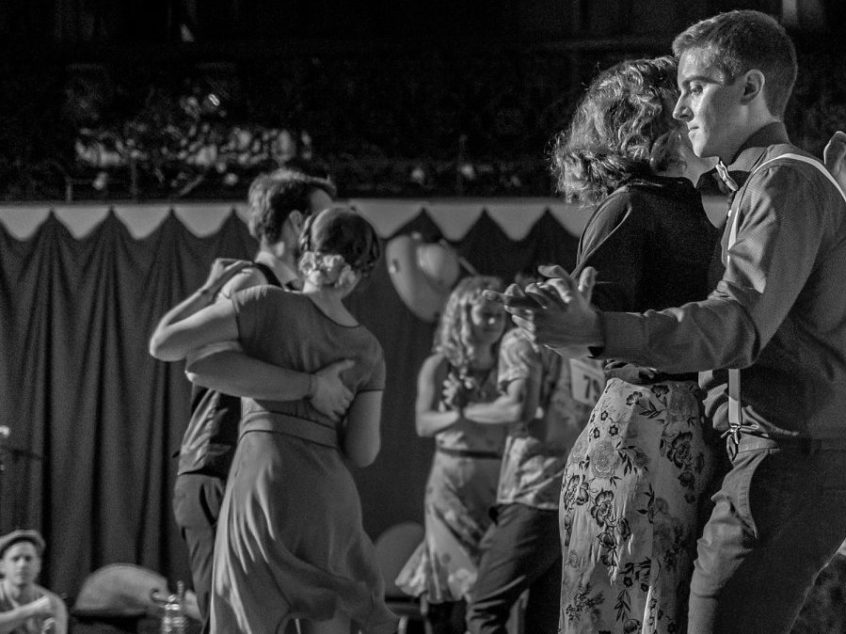