North West dancers — from professionals to absolute beginners — will swing out at a massive swing dance ball organised by BBC Dragons’ Den swing dance school success Swing Patrol in association with the region’s key swing dance scene, Manchester Lindy. The Manchester Swing Dance Ball – sponsored by footwear brand Keds — is at 7pm on 1st November at Hallé St Peter’s, Manchester and is part of the UK’s biggest series of swing dance events. The events are part of over a month of celebrations around the nation of the first visit to the UK from lindy hop legend, Frankie Manning in 1937. Manchester was a key tour date for Manning and his fellow members of the Whitey’s Lindy Hoppers dance troupe. “Swing”, “jitterbug” and “lindy hop” are all synonyms for the street dance style popularised by Manning and other dancers at Harlem’s Savoy Ballroom in New York City from the late 1920s to late 1940s. Fusing style, energy and fun, the dance was the precursor to jive, rock-and-roll and hip hop. It influences most popular contemporary dance styles.

Strictly Come Dancing assistant Charleston choreographer, successful Dragons’ Den entrepreneur, and Swing Patrol’s founder, Scott Cupit, will host the Manchester Swing Dance Ball and lead lessons for hundreds of absolute beginners so everyone attending can get into the swing of the evening, even if they’ve never danced a step in their lives.

Britain’s Got Talent semi-finalists The London Gay Big Band and fellow swing band the Leeds City Stompers will provide the live music to keep the crowds in groove as the evening progresses with stylish, energetic fun including games and dance competitions — with Keds footwear as prizes. Swing Patrol’s professional performers will bust out some of Frankie Manning’s signature moves — including his favourite acrobatic lifts, jumps and flips — to delight the guests.

Deborah Meaden, Dragons’ Den panellist and investor in Swing Patrol said, “Prior to launching UK Frankie Manning Month, Scott showed me how successful his big swing dancing events are. Swing Patrol’s event hosts are charismatic; the teachers run lessons which hundreds of people participate in at once; the performances by Swing Patrol’s dancers are exhilarating; the bands are on fire — and everyone dances, even if they’ve just learned the steps. I have brought friends and family of all ages to these events and, like me, they all get caught up with the atmosphere extremely quickly. The Swing Dance Balls during Frankie Manning Month are going to swing the UK out.”

Scott Cupit, Managing Director of Swing Patrol UK said, “From ballroom to break dancing, Frankie Manning’s moves have had a massive impact on dance culture — and I can’t wait to celebrate that in the music-loving North West. It’s reported that Manning so impressed Queen Elizabeth at the Royal Command Performance in 1937 that he was the only performer to whom she offered a handshake after the show. His next stop after London was Manchester. The Keds sponsored Manchester Swing Dance Ball will be an amazing vehicle to share Frankie Manning’s mastery and swing dancing in general with people that have never set foot on a dance floor. To anyone in and around Manchester who’s even curious about swing I say strictly, ‘Come dancing!’”

“Strictly Come Dancing has enabled me to work with courageous celebrity novice dancers, incredibly skilled ballroom professionals and the amazing Jenny Thomas who’s one of the top Swing dancers in the world and who has been the primary Charleston choreographer on Strictly for the last eight years. Strictly’s also involved me in a great BBC project to show millions of people across the nation how joyful, stylish, energetic and fun partner dancing is. By working with Strictly I feel that I’ve helped to inspire a much larger audience around the whole UK to take to a local dance floor for the first time — an audience that Swing Patrol’s weekly lessons and even the massive swing dance balls around the UK couldn’t achieve in isolation.”

Noah Bernard, Brand Director of Keds, said, “The awareness of the mix of classic and contemporary style of swing dancing has rocketed since Swing Patrol’s success on Dragons’ Den. Strictly Come Dancing has also boosted The Charleston’s popularity in particular, so the UK is getting into the swing vibe. Only two people have now been part of Strictly Come Dancing and Dragons’ Den. One is Deborah Meaden and the other is Scott Cupit – a feat he’s achieved in just a few months. It’s important that Keds recognises its place within swing culture as lindy hoppers’ shoe of choice by contributing to the community’s success. Swing is about head-to-toe style, authenticity, enthusiasm and a sense of fun — which are core values of the Keds fashion brand. Teaming Swing Patrol’s Keds wearing dancers with other dancers around the UK at the Swing Patrol Balls will spread the joy of this energetic, sociable and stylish pastime.”

Tickets are available at http://www.swingpatrol.co.uk/spevents/swing-ball-manchester/

UK Frankie Manning Month will be the biggest series of swing dance events in the UK. Having started in Birmingham on the 25th October, swing dance balls will be held in Manchester on 1st November, and then Bristol (14th November), London (15th November) and Edinburgh (28th November).

For further editorial information, images, sample lessons or to arrange interviews with Scott Cupit about Frankie Manning, swing music and dance, or The Swing Patrol Balls contact: swingpatrol@pwkpr.com or call 07904 414 889. 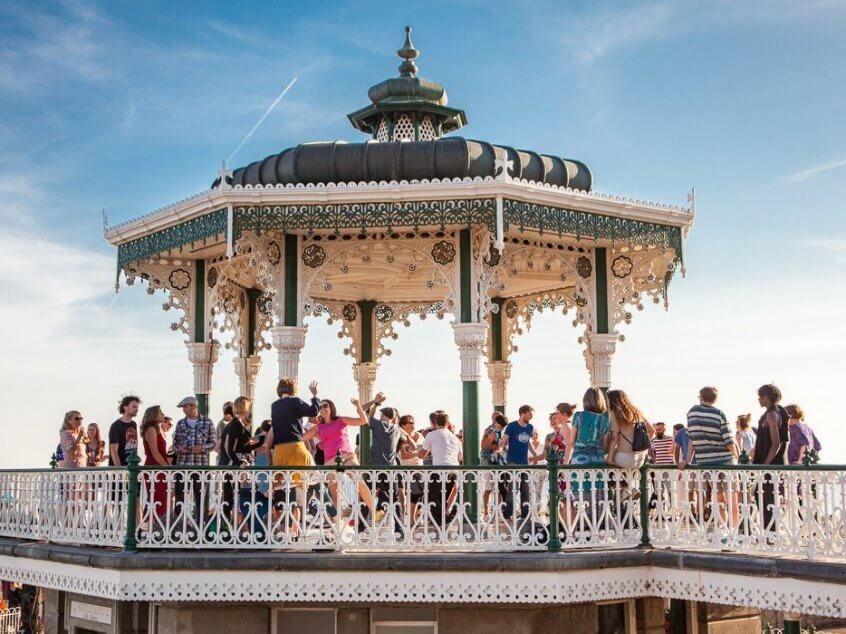 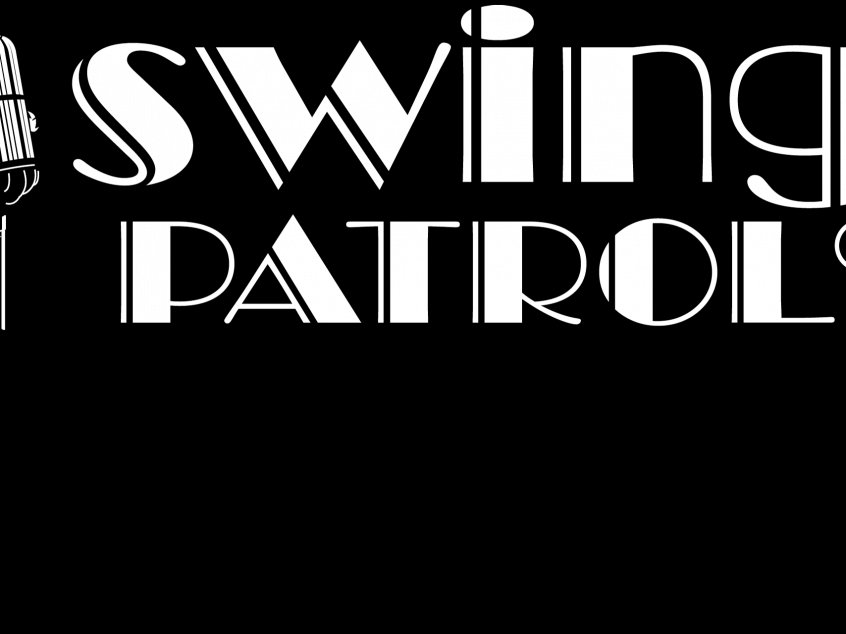 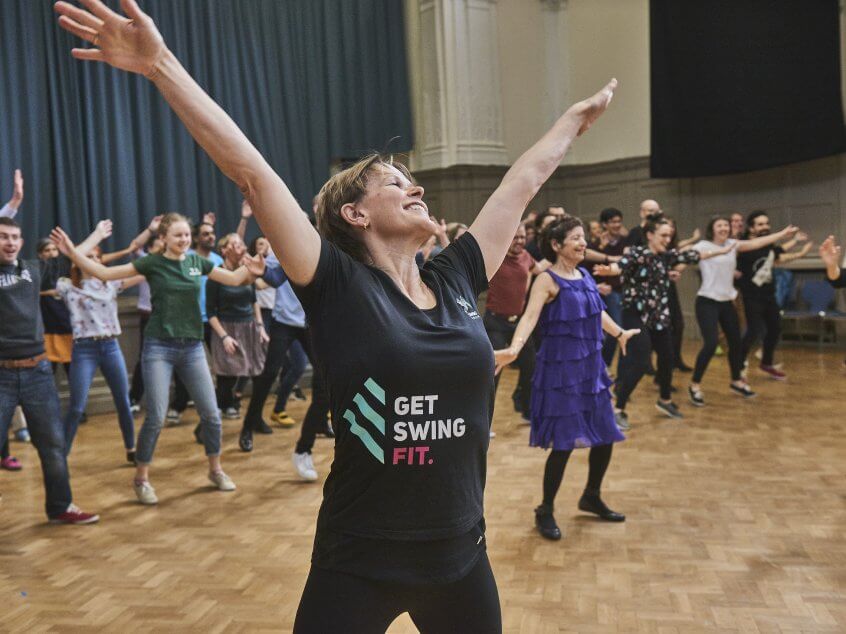