Originally from Russia, Alex started swing dancing in 2014 in St.Petersburg and soon after that moved to London where he absolutely fell in love with this dance form and the social scene.

As with his previous occupations and interests such as physics & mathematics, running marathons and yoga, Alex’s approach to swing dancing has been geeky and methodical: always challenging boundaries while also having lots of fun.

Alex caught the ‘Shag bug’ in 2015 at a social dance in London where he first witnessed a couple dancing this different style to a crazy fast song that nobody else could dance to. It was love at first sight! With lots of passion and enthusiasm, Alex quickly became an active member of the international community and reached the forefront of the London Shag scene.

Alex has been part of the Sharon Davis’ Jazz MAD troupe, the Shag Pilots troupe and many other projects. Together with his dance partner Krystal he has competed and performed in many international festivals. To mention few: Barcelona Shag Festival, Warsaw Shag Festival, Swing Paradise, Hot Rhythm Holiday.

Alex & Krystal have always been active in spreading their love of Shag. Some of the projects they led are: Salty Mondays, a regular fast tempo social dance night, Salty Recipes, a series of workshop weekenders with international teachers, and Mind the Shag, an international level Shag festival in London.

Coming up with Alex Vinokurov 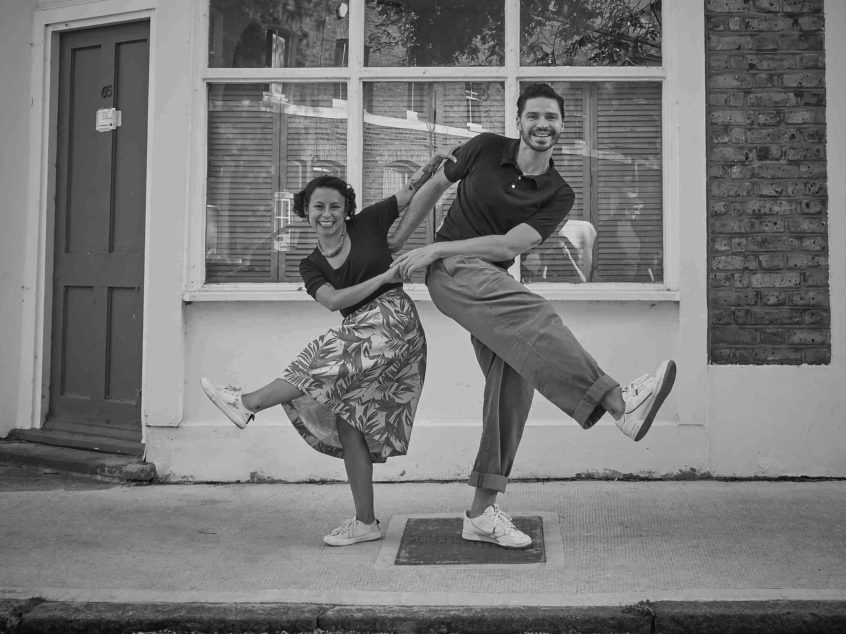